The Setting of the Rising sun.

If any of you are old enough to remember the N.E.S and Sega Master system, then you can remember the period of time when the gaming market was dominated by the east. Gamers were at the mercy of Japan’s practices. We had to wait patiently while they crafted and put out our games. We waited for them to deem us worthy of titles that they would bring over. We were in love with the bad translations and sometimes rushed ports. We loved every second of it. Japan controlled our joysticks and we had no choice but to grin and love it. Nowhere was this more evident than with Nintendo. But somehow, somewhere, things changed. Nintendo and Japan missed the signs of the rising take over. The west came in on waged a one sided war. The east had lost its grip on gaming and didn’t even realize it until it was too late. 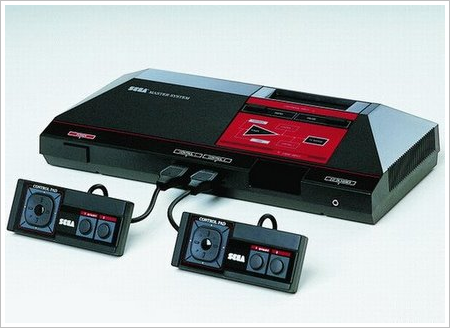 Nintendo grew lax in their practices and instead of changing and evolving with the rest of the world, they felt that what they did worked and would never change. They were so blind by their own shine that they didn’t see everyone else reaching up to take the parts of the world that they missed. The landscape had changed. Nintendo used to be able to get away with their practices by placing a simple logo on games that they had approved. The official Nintendo seal of quality was what all devs sought after. Once you had that it was almost as if you had your own ticket to the big time. Nintendo praised your game enough to officially say it’s great. But that stopped being enough. Games started coming out that didn’t have the Nintendo seal and were actually more popular than anything Nintendo had approved. Nintendo lost ground.

The Nintendo seal of quality was a mainstay for many years and then sometime it didn’t mean as much. The Super Nintendo had come, it had dominated, and then it went out on a huge bang. I had one of the best libraries of all time, but Nintendo seemed to have lost its shine. When the Nintendo 64 was released it was going up against the Sega Saturn and Sony PlayStation, both Japanese systems. Sega and Nintendo had a strong following in the gaming world, but the upstart Sony was the new kid, they only worked in home electronics. What would they be able to do?

Sony came in and dominated a market that originally belonged to Nintendo. They did something amazing in the fact they not only had backing from the Japanese market, they managed to help bring up more of the western market as well. America and other countries already had games coming out for the other consoles but they weren’t embraced on a home platform before. Sony was one of the lead factors in that. Sure there were other consoles that helped lead this but none as prolific as what Sony was doing. The whole time this was going on, Nintendo kept on keeping on.

By the time the PlayStation and the Nintendo 64 were sun setting it became more and more obvious that Nintendo had lost its grip. They were following the practices that they were the be all and end all of gaming quality. Their seal of quality had become a relic and they didn’t even notice. Sony had become the name of the game and changed gears to a larger market. Microsoft and Steam came in and helped shape the game even more. Nintendo and japan drug their feet and felt slower was always going to be better. Slower always meant the best quality. Well that isn’t true anymore.

Fast forward to today, Nintendo is a shell of itself. They boasted amazing sales from the Wii but its newest console has become somewhat of a joke. The Wii U has the potential but because of Nintendo holding on to old practices they have no titles on it. They don’t even really have any internal games that make their home console a must purchase. Sure their handheld is still killing it, but then again that’s because no one has found a way to change that game really. Yet.